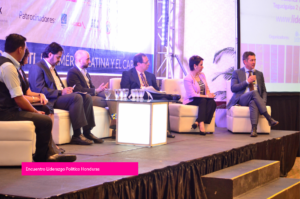 The 2019 LGBTI Political Leaders of the Americas Conference – the region’s largest gathering of openly LGBTI (lesbian, gay, bisexual, transgender and intersex) leaders, public servants and allies, will be held in Bogota, Colombia, May 16-18, 2019.

Participants from throughout the continent will attend the fourth annual convening to share ideas, exchange best practices and lay the groundwork for moving towards equality in their home countries, through civic engagement and public service.

In 2017, more than 350 LGBTI leaders from around the continent attended, including 40 elected and appointed officials representing more than 30 countries. Janet Camilo, Dominican Republic Ministry of Women; Carmen Muñoz, former Costa Rican Vice Minister of Governance and Police; Sandra Morán, Guatemalan Congresswoman; and Diane Rodriguez, National Assemblywoman in Ecuador, were among some of the featured speakers.

The goal of the conference goal is to provide a space to share ideas, exchange best practices for openly LGBTI leaders, public servants and allies in the area of civic engagement, as a tool to move forward.

The specific goals are:

The Conference will focus on relevant stakeholders from all of the Americas, with a particular focus on the Andean Region, Central American and the Caribbean.

The event will be attended by:

The event will be structured around three tracks:

Each track will include:

The first day of the conference will be devoted to Colombia’s civic participation agenda, with leaders from all over the country. Throughout the following two days, attendees from all over the Americas and the Caribbean will address and learn about topics of regional interest.

Organizers will also coordinate private meetings between Colombian state authorities, political parties and openly LGBTI elected and appointed officials from all Latin America. This peer-to-peer approach will increase these meetings impact and will raise awareness among national authorities about the challenges LGBTI people face.

Do you have any questions or concerns?

Do not hesitate to write us, we will respond as soon as possible